THE LIFE OF THE NEAPOLITAN SINGER CARUSO- The world-famous tenor was born in San Carlo all’Arena district in 1873. At the age of 10 he stopped attending school to go to work with his father, a metalworker. After being pushed by his mother, however, to attend evening school, Enrico discovers his passion for drawing, alternating it also with music and theater. His mother died of tuberculosis in 1888, the father remarried, and the musical figure of Caruso was born at the second wedding.

At the age of 12, in addition to singing during weddings, he began reciting operas in small theaters. In 1894 he was called to arms, but returned to Naples only a month and a half later since a general, lover of music, decided to send Enrico back to his hometown to continue studying music and become better and better.

Subsequently Caruso performed between Salerno, Caserta and Naples, until he made his debut in Cairo in Egypt. He got married, but this love ended badly: despite the birth of two children, but suffering. According to Caruso this was an important moment in his life, since he will declare:

Life brings me a lot of suffering. Those who have never felt anything, cannot sing.

From small Campania theaters, Enrico becomes increasingly famous, performing on stages all over the world, from Russia to Monte Carlo, from Lisbon to London. Takes part in the major compositions in the world: Rigoletto, Aida, Boheme and many others. Caruso becomes a well-known face at the Scala in Milan where he earns 3,000 lire for each performance (at the time a huge sum) and subsequently returns to Naples, where he often performs at the San Carlo theatre,

In 1902, Caruso revolutionized the world of music: he was the first to have recorded on disc, a technological practice snubbed by other singers. He also was the first artist in history to sell more than a million records with songs recorded in 1904 in the USA.

In 1903 he went to New York, becoming one of the most famous faces of opera, thanks to his many performances at the Metropolitan. After more than 800 performances in New York, he returned to Naples seriously ill, where after recording several songs also in dialect, he died.
Lucio Dalla, fascinated by the master Caruso, will dedicate a piece to him, entitled “Caruso“, becoming one of his most famous singles. A great tenor, lover of his city and with immense talent, Caruso, Naples in the world.

You may also like Musica, CantaNapoli: Carosone, the face of Naples

2 thoughts on “CantaNapoli: Caruso, Naples in the world” 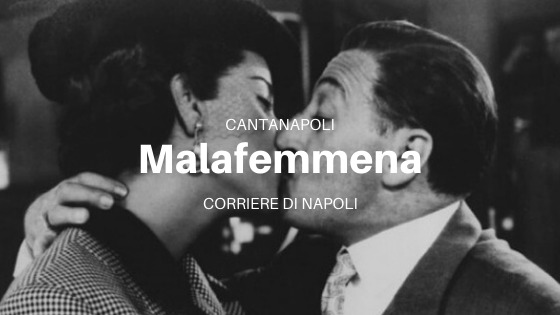