Carosone face of Naples. New weekly appointment of CantaNapoli, the column dedicated to the history of the Neapolitan song and to all the characters that made it unique, in Italy and in the world.

It was 1999 when the American film “The talent of Mr Ripley” was released in world cinemas, a film set in Italy, where among the cast of excellence we find a very young Matt Damon flanked by Gwyneth Paltrow and Jude Law, together with other actors also Italians including Rosario and Giuseppe Fiorello. A highlight of the film takes place in a place where the protagonist Tom Ripley (Matt Damon) finds himself dueting with Fausto (Rosario Fiorello), one of the most iconic Neapolitan songs in history, which have always fascinated music fans of all generations, the song in question is “Americano” by Renato Carosone, more trivially known to the public as “Tu vuo ‘fa’ americano”.

Today we will deal with Carosone the face of Naples, a fantastic musician, author of wonderful songs that made him one of the best known Neapolitan faces on the entire globe. Renato Carosone knew music at a very young age and immediately learned to play the piano. At fourteen he published his first composition entitled Triki-Trak, while at only seventeen he graduated in piano at the conservatory of San Pietro a Majella. The Neapolitan master subsequently worked for a theater company that worked in Italian Africa. Carosone will then be forced to stay in Addis Ababa, Ethiopia, as the war broke out where he actively participated. The British occupation of the former Italian colonies in Africa will change the musical style of Carosone. In fact, in his songs we can notice sounds and melodies very close to African and Middle Eastern music.

Returning to his homeland in 1946, he worked for various orchestras, in the meantime also recording various songs, such as “Maruzzella”. Subsequently followed “Malafemmena” which was written together with Antonio De Curtis, famously known as Totò. The worldwide success, however, came with the publication of “Tu vuo ‘fa americano”, which consecrated the artist on the world music scene.

After a world tour, which took place from Brazil to Jordan, in 1958 he released his biggest single, “Torero”. This song remained at the top of the US charts for about 2 weeks, making it one of the best-selling Italian songs in the history of music. In the master’s songs, we find a wealth of both textual and musical content accentuated by a unique sympathy that only a Neapolitan can have. His greatest hits in addition to the previously mentioned passages are “Caravan Petrol”, “Pigliat na Pastigl”, “Io, Mammeta e Tu”, and many others.

2020 is a particular year, since it is just a century since the birth of the great master. Even if they are 100 years old, all of us still sing and remember his songs with joy, and this is precisely what makes Carosone the face of Naples, since he has engraved a piece of history for the Neapolitan song and for the city itself. 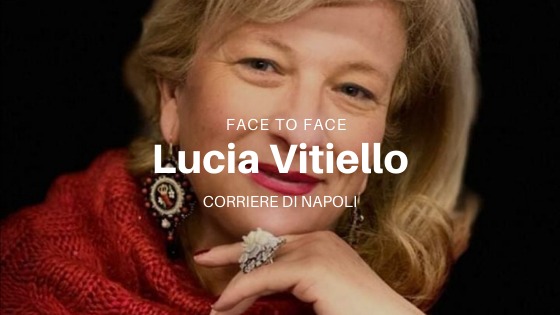