Re Nasone and the lazzaroni: anti-French coalition 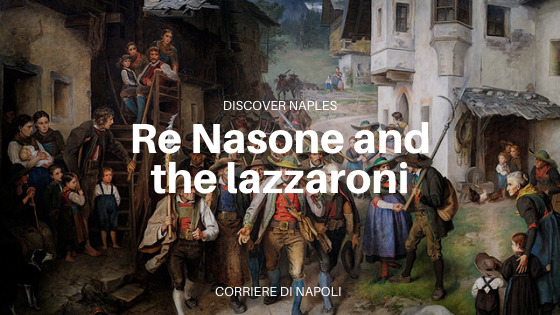 Discover Naples is back, as every Monday, to tell lost stories of the city. In today’s appointment we will focus on the figure of Ferdinand IV of Bourbon, Re Nasone, of the lazzaroni and how the anti-French partnership between the two was crucial for the history of the city…

Re Nasone and the lazzaroni

We are in seventeenth-nineteenth century when the figure of the lazar enters the scene. Young people of the popular classes were fundamental in the Sanfedist defense of the city against the insurgents of the Neapolitan Republic of 1799 supported by revolutionary France. That of the lazar was a real society in society, in which there was a well-defined hierarchy on top of which there was a leader recognized, even, by the royal court. The meeting place of the group was Piazza Mercato, while a sort of headquarters stood at Porta Capuana.

In any case, the figure of the lazar was fundamental in the city to the point of being in charge of maintaining public order by King Ferdinand IV of Bourbon. King Nasone established a very special relationship with the lazar, coming to call them his most loyal subjects. Of the Neapolitan lazar, the King acquired all the distinctive features, even those less appropriate to his figure of ruler. It was, perhaps, precisely for this reason that he was given the nickname of King Lazzarone.

Strongly superstitious and “bearer of pure ignorance“. Direct descendant of the Sun King Ferdinand was king of Naples from 1759 to 1816, after his father Charles III was forced to leave the throne of the city and return to Spain. But the young Ferdinando was not yet the right age to reign and his education was entrusted to a tutor: the prince of San Nicandro. However, the hours spent on books turned into hours of play with his companions of the Neapolitan plebs.

He took on manners and manners of the plebeians: he spoke only in Neapolitan and hated reading and writing. His resentment towards writing was also manifested in his signature; in fact, the king did not sign the documents, rather he affixed a brand with a stamp. Ferdinand was a king much closer to the people than to the nobility and, therefore, highly appreciated.

When the French Revolution broke out in 1789, there were no immediate repercussions in Naples. It was only after the fall of the French monarchy that the policy of the King of Naples and his consort Maria Carolina of Habsburg began to have a clear anti-French character. The Kingdom of Naples joined the first anti-French coalition and the first repressions against suspicious personalities began.

In 1796 the French troops, led by Napoleon Bonaparte, began to report significant successes in Italy and, when the king was now in Sicily to escape the French advance, the lazzari rose up in defense of the city… 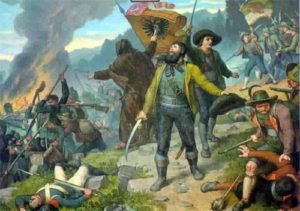 Despite the Treaty of Paris, with the presence of the French in Rome, the Kingdom of Naples entered the war again. The Neapolitan forces, consisting of seventy thousand men recruited in a few weeks and commanded by the Austrian general Karl Mack von Leiberich, launched an attack on the Roman Republic. After only six days Ferdinand IV entered Rome with conqueror attitudes, becoming the focal point of criticism. The King temporarily returned to Naples and, given the unsustainability of the situation, he decided to abandon the capital for Sicily.

For three interid days from 21 to 23 January 1799- the Lazzari took up the defense of the city, frantically fighting on the walls of Naples against the French forces. It was a sensational attack in which about ten thousand people died. Later, by allying themselves with the Sanfedista troops of Cardinal Fabrizio Ruffo, the Lazzari managed to reconquer the city, putting a point to the Neapolitan Republic.

You may also like ‘O cippo a Furcella: history of a saying