We’re at the tenth appointment with Discover Naples which today takes us directly to the heart of the city centre: palazzo Sansevero. Home of mysteries, crimes and ghosts that roam its rooms.

Before going into the story of one of the many mysterious buildings in Naples, we invite you to read our latest article: Discover Naples, Donna Anna’s palace. 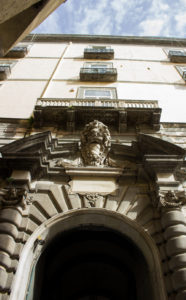 We’re in the 16th century when Paolo di Sangro, first duke of Torremaggiore, commissioned the architect and sculpture Giovanni de Nola to build the building. Not only the palace, de Nola infact will build the church of Santa Maria della Pietà: family’s burial place to replace a votive shrine, inaugurated in 1613 by his son Alessandro.

Di Sangro family is well known above neapolitan people: the mystery that hovers around the figure of Raimondo di Sangro, Paolo’s successor, holds an important position among the mysterious characters of the Neapolitan folklore. Nobleman, inventor, anatomist, alchemist, freemason but above all a great exponent of the European Enlightment, his figure is inextricably linked to the Sansevero chapel and the chattering anatomical machines.

We will talk about Raimondo di Sangro in the next episode; the real main character of our story is the duke of Andria, Fabrizio Carafa…

Today’s story takes place on the night of 18 October 1590, when Carlo Gesualdo -prince of Venosa and great friend of Torquato Tasso- assassinates Maria D’Avalos and her lover Fabrizio Carafa, Duke of Andria. 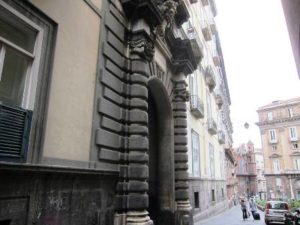 After four year of marriage, Maria is tired of her husband Carlo: a man indifferent to everything that happens around him and, most of all, “morbid” towards music rather that his bride.
It is in these circumstances, during a “party” of the Neapolitan aristocracy, that Maria meets Fabrizio, a nobleman husband of Maria Carafa. As result of the meeting, the first gossip about their adulterous relationship was born and it din’t take long for the news to get to Maria’s husband.

On that October night, Carlo found the two lovers together and, blinded by anger, killed them. The dishonor brought to him was so that the man could not contain himself: he exposes the two naked and bleeding bodies outside the palace.

Frightened by the possible revenge of the Carafa, Gesualdo decides to flee from Naples, always feeling guilty. Consequently the palace passed into the hands of Raimondo di Sangro who decided to restore it, but when in 1889 a wing of the building collapsed, it was easy to attribute the evnt to a sort of curse: the palace and those who lived there, would have been cursed until the seventh generation. 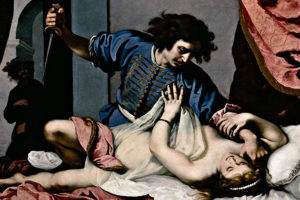 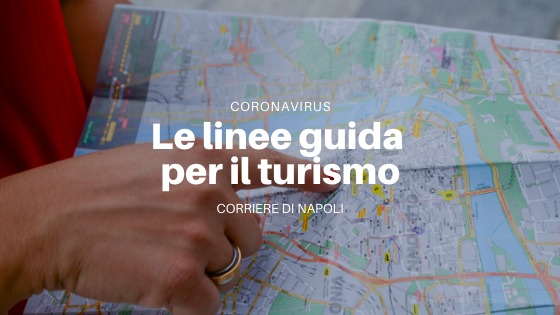