The magician Chico and macaroni, the legend 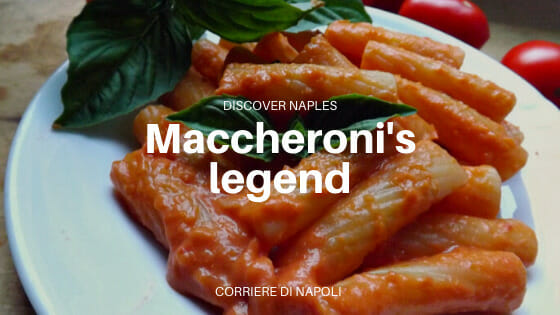 Like every Monday, Discover Naples returns, a weekly appointment to discover the mysteries and stories of the city. Today we enter the gastronomic field, discovering a story linked to one of the most popular dishes in the city: the legend of Neapolitan macaroni.

If you missed the last appointment with our column, retrieve it here Re Nasone and the lazzaroni: anti-French coalition.

The legend of Neapolitan macaroni

We are around 1220, under the reign of Frederick II of Swabia. In a poor house in via dei Cortellari, in the ancient center of Naples, lived Chico: a magician whose house frightened and aroused fear in all the passers-by and the inhabitants of the alley. The magician’s house was always closed and the aura of mystery around Chico grew more and more as he avoided any form of human contact.

All the inhabitants of via dei Cortellari were – naturally – fascinated by this figure who left his rooms only to buy herbs at the market; the local women even tried to persuade her servant for information, but every effort was in vain. Until, one day, an indiscretion: the mysterious character was none other than an expert in black magic! Almanacs, magical filters and talismans filled his gloomy abode, a place of magical experiments and potions.

The wizard, who paid no attention to the rumors about him, had a long white beard, had a kind face, and wore a long, elegant black suit. In the past he had been kissed by fate: he had been a handsome man, a lover of the pleasures of life, he had had so many beautiful women, superb palaces, luxurious fabrics and dresses, diamonds and jewels; he had participated in noble dance parties, accompanying himself with illustrious characters and great ladies, competing in jousting at court games, winning by sword and saber. In short, he had enjoyed every good. And then what had become of his worldly life?
-Source Miti e leggende di Napoli 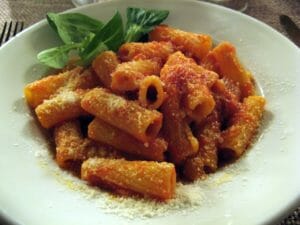 Falling into misery, Chico decided that the time had come to give life – with magic – to something eternal, which would be appreciated forever by all men: a gastronomic product. And so the magician began to work continuously on his work, not without efforts and disappointments… and not without being carefully observed by his shrewd neighbor: Jovannella di Canzo.

The woman observed the magician’s procedure in all the smallest details and repeated the recipe, sensing its potential and preparing it for King Frederick II with the help of her husband Giacomo, a cook at the royal kitchens. From the dough of flour and water she prepared small squares which he folded forming a cylinder; once dried, she put them to fry in a pan with lard, chopped onion, garlic, celery and carrots. She added a piece of meat, red wine and covered it all with sifted red tomatoes… a real Bolognese sauce!

At lunchtime, Jovannella served macaroni to the king who, enthusiastic, asked the woman how she could have made such a sublime recipe. The woman did not hesitate to reply that it was simply a revelation from an angel and the news of the goodness of macaroni spread like wildfire. Even the magician noticed the spread of his recipe and, understanding the deception, asked the woman for explanations, who did not hesitate to admit her faults. In anger and despair he returned to his gloomy abode, destroyed everything and disappeared without a trace…