Discover Naples is back and, with it, the mysterious stories about traditions and events in the city of Naples. Out-and-out historical and cultural excursus on the most disparate themes of the Neapolitan. Today’s appointment takes us directly to 59 AD year in which, in Pompeii, sport was a much talked about topic… Let’s discover the disqualification of the Pompeii stadium!

The gladiators of Pompeii

As common sports news  in recent years as it may seem, no! The disqualification of the Pompeii stadium is far from recent. We are in 59 AD and, more precisely, in the famous Pompeii amphitheater during a gladiator show.

The amphitheater was built around 70 BC. by the duoviri Gaio Quinzio Valgo and Marco Porcio and was used for circus games and the famous fights between gladiators: wrestlers of ancient Rome whose origin is linked to the institution of the munus, a sort of “duty” to provide a service or a contribution to the community. The munera gladiatoria, in particular, were “offered” by the wealthiest characters, at their own expense, on the occasion of particular circumstances, for example duels to the death between slaves.

A matter of disagreements… 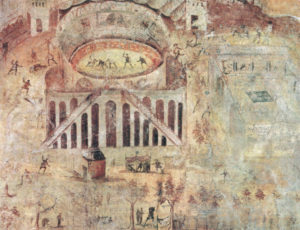 The munera gladiatoria that took place at the time in Pompeii were, in a certain sense, very modern as they provided for the presence of guests, the Nocerini. However, there was no good blood between Pompeians and Nocerini due to a territorial question: a few years before the fateful meeting, the hosts had taken part of the agricultural territory given to the Nocerini following the deduction as a colony of Nuceria Alfaterna.

Thus, during one of these meetings (just like now), the first insults “flew” and the first violent fights began which caused a considerable number of deaths and injuries. A testimony of the event dates back to Tacitus and his Annals:

“In the same period of time, for minor reasons, a fierce conflict broke out between the inhabitants of Nocera and those of Pompeii over a gladiator show, offered by Livineo Regolo who, as I have already said, had been expelled from the Senate. The people, with the lack of restraint typical of those cities, began with the exchange of insults, then moved on to stones, and ended up taking up arms; and the plebs of Pompeii prevailed, where the show took place. As a result, many of the Nucerines returned to their city with their bodies covered with wounds, most of them mourning the deaths of children or parents.”

After this event, the Roman Senate decided to close the amphitheater for ten years and sentenced the organizer of the event, Livineio Regolo, to exile.

You may also like The witch of Vesuvius: from Naples to Disney 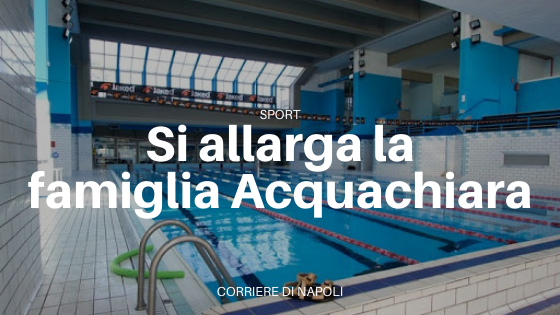