As all Mondays, Corriere di Napoli renews the appointment with Discover Naples: the column which, through online trips to discover the Neapolitan city, delve into the region’s past and myths. Today’s trip takes us along the seafront Caracciolo, precisely to Castel dell’ovo and the myth of the egg that holds Naples.

But before starting we invite you to read our latest article Discover Naples, The obelisk in Piazza del Gesù: a trip to discover one of the most curious and intriguing otical illusion of the city!

A bit of history

From latin Castrum Ovi, Castel dell’Ovo rises on the Megaride islet and it is the oldest castle in Naples. Between San Ferdinando and Chiaia districts, the castle arises nestling on the neapolitan sea’s waves. Megaride islet was originally connected to land by a rocky isthmus and it is right here where, during the VIII century BC, Parthènope was founded by Cumaeans.

The story of Castel dell’Ovo’s built starts in the Ist century BC; it is long and mainly deals with construction and destruction. During the Ist century Lucio Licinio Lucullo built his own private villa on the islet: the Castrum Lucullanum. The villa had a vast library, moray eel farms and was surrounded by peech and cherry trees. From V century BC, the place became Romolo Augstolo‘s home.

At his death the islet and the fortress became the shelter of some Basilian monks, coming from Pannonia: with their arrival, the library bevame an important scriptorium. The X century is important for the islet’s histroy: at this time the fortress is completly detroyed by Neapolitan Dukes to avoid the Saracens to use it as a base from where they could have attacked the city. The monks retired in Pizzofalcone.

The Modern Era and the arrival od the Bourbons

It was only in 1140 that the castle returns to life: with the arrival of Ruggiero the Norman Castel dell’ovo becomes main office for residential use. His arrival coicides with the restart of fortification and restoration processes which will continue until 1222 when Federico II turns it into base of the royal treasure.

In 1370 a seismic event leads to the collapse of the natural arch which constituted the isthmus. So Queen Giovanna decided to rebuild it alongside of a restoration of the entire building. Restoration and fortification go on until Alfonso V d’Aragona.

Starting from Ferrante the Ist’s reign and through Luigi XII and Gonzalo Fernandez de Cordoba ones, the castle is bombed and further damaged. In 1503 Ferdinando the Catholic’s siege starts and part of the building is entirley destoyed. With the arrival of Spanish viceroy and the Bourbons, the castle is restored and fortificated.

Durig Risanamento period, after Unity of Itlay, made his way an architectonical  project which included the castle’s dejection in order to create a new district. The project was never accomplished and nowadays what is left of the islet is annexed to Santa Lucia district and, all around, there’s the characteristic marina of Borgo Marinari. 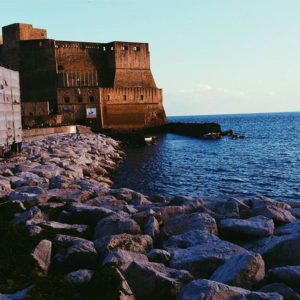 The myth of Castel dell’Ovo’s egg is one of the most curious and imaginative city’s legend. According to stories, the fortress name comes from an egg which Virgilius hid in the castle’s basement, in a secret cage.

Another story, instead, tell that the egg was put in a chrystal carafe. So it would have been more fragile.

Virgilio, who happens to have a solid relationship with the city, prophesied that at the egg’s crack the whole city would have callapsed.

From that moment the city’s destiny binds with that of the egg. We’ve already talked about the great earthquake in 1370 that destroyed the natural arch over which the castle was built. And this in probably the most important event from which the whole story starts. Some chronicles even report that Queen Giovanna solemnly declared that she changed the egg in order to avoid any other similar event which would have contributed to destroy the city. 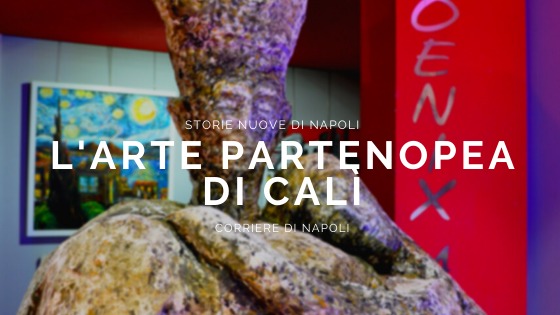