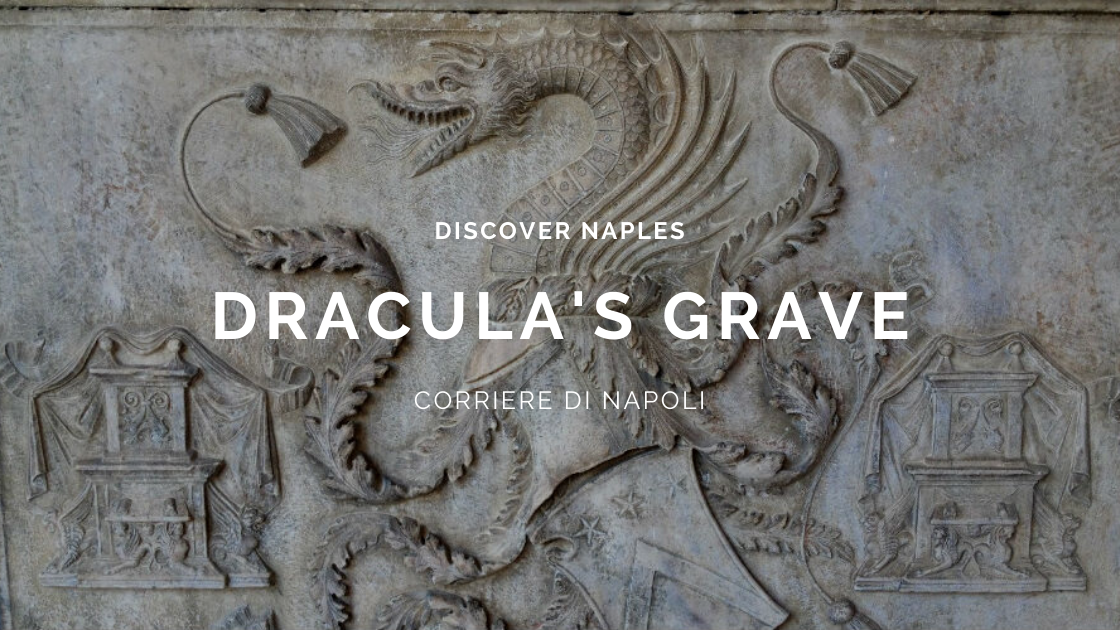 Just as every week start of week, this Monday Discover Naples is back with a new mystery! Today’s “trip” will lead us to a shrouded in mystery place recently discovered: Dracula’s grave.

Starting from Santa Maria La Nova, we will go through an excursus of Dracula’s story and how his grave happens to be in Naples. Before starting, if you haven’t done it yet, read our latest article too: Discover Naples: Castel dell’Ovo, An egg holds Naples. 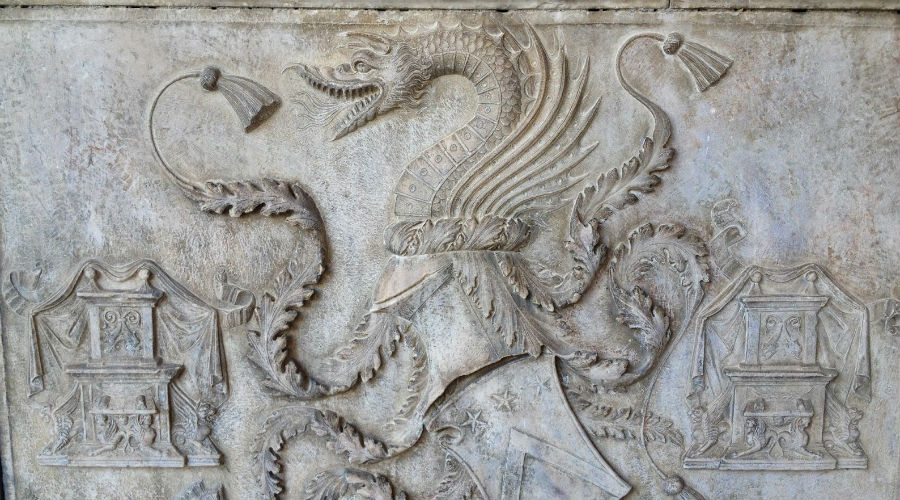 “The last I saw of Count Dracula was his kissing his hand to me, with a red light of triumph in his eyes, and with a smile that Judas in hell might be proud of.”
― Bram Stoker, Dracula

A bit of hisory

Count Dracula’s story is as old as time, subject to many cinematographic and literary transposition through time. But who was Count Dracula?

In order to find his origins, our trip takes us to Bucharest, Vlad the 3rd of Wallachia’s birth place, a Romanian region bounded by river Danube, Transylvanian Alps and river Olt. 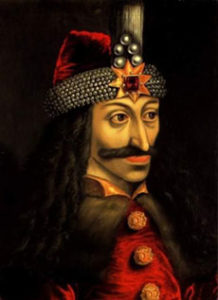 Best know as Vlad or just Dracula -his patronymic– he was a member of house Drăculești and son of voivode Vlad the 2nd Dracul (commander of a military unit), memebr of the Dragon Order founded to protect Christianity in Easter Europe.

Vlad’s reign was relatively long: it went from 1448 to 1476, during which he was elected voivode three times in a row. Used to imple enemies, during his life he obtained the title of Impaler while his reputation of cruel man expanded in the old continent.

For the purpose of the mistery behind the discovery of Dracula’s grave, it is important to understand  why it is common belief that that is the place where the count rests. The focus point is Vlad’s patronymic: an onomastic expression which indicates the bond with one’s own father (e.g Pelide Achille: Achilles son of Peleus).

Romanian Dragwlya come from the epithet with which his father, Vlad the 2nd became part of the Dragon Order, a chivalric order founded, in 1418, by Sigismund of Luxembourg. The symbol of the order was, indeed, a dragon with the tail wrapped around his neck; on the back it carried a cross that alluded to the triumph of the Lord on the evil.

During Middle Age the symbol of the dragon was associated with the devil, and hence the name Dracul: in Romanian Dracul meant “devil” while -ul the article “the”. Dracluea -his patronymic- meant precisely son of the devil.

The Grave in Naples

From Transylvania to Naples, it seems that Count Dracula rests right here in the Neapolitan city. But how is that possible?

According to a historical reconstruction, the discovery of the grave in Naples is due to the fact that the Count did not die in war but was captured by Turks. His daughter Maria, residing in Naples, managed to redeem the body and had it buried in the complex of Santa Maria La Nova. 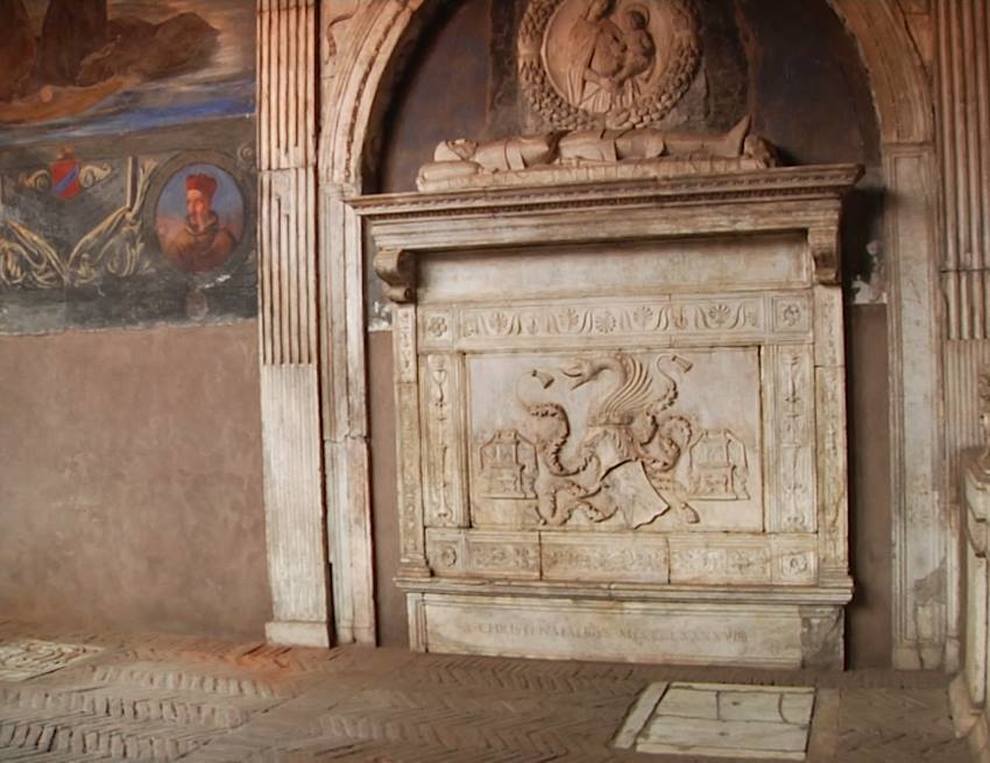 It all started when, in 2014, a group of experts from Tallin University claimed to know that Dracula’s grave was located in Naples. Being published the news, numerous epigraphists rushed in and started their studies.
At the head of the group was Laura Mirello, expert in symbols and codes, who in 2015 stated:

The epigraph is a code composed of many letters from different alphabets, among those are recognizable Greek, Coptic, Latin and Ethiopian.

After long resourches on the text and by the presence of the bas-relief of a dragon (attributable to the symbol of the Order of the Dragon), it came to say that the grave is precisely that of Count Vlad the 3rd of Wallachia.

Raffaello Glinni, an expert from Lucania, also contributed to the resourches and to the historical reconstrution. He stated:

In 1476 the Count Vlad Tempes Dracula, who belongs to the Order of the Dragon just as the king of Naples Ferrante D’Aragona, disappears during a battle against the Turks and is believed to be dead. One of his daughters, Maria, at the age of seven is adopted by a Neapolitan woman and brought to the kingom of Naples. Here she married a Neapolitan nobleman of the Ferrillos. The couple obtained the territories of Acerenza in Basilicata ad a “gift”, but they were so linked to Naples that, upon death, they were buried in the city. 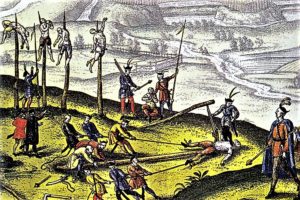 Of course, there is no lack of antitheses: there are those who claim that the Count only had male children and that the dragon’s engraving is, in reality, attributable to that of the heraldic coat of arms of the Ferrillos. But the antitheis is opposed by the expert Raffaello Glinni who came across an ancient chronicle which talk about the arrival, in Naples, of a princess of unknown origins. She was rescued by the Ferrillos. The young woman would later marry the noble Giacomo Alfonso Ferrillo, and the two family coats of arms joint together.