The golden fly of Porta Capuana: a talisman against insects 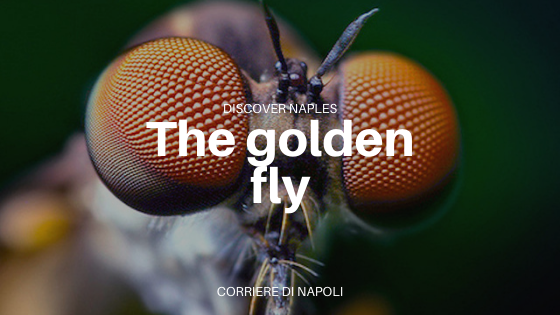 Discover Naples returns, like every Monday, to tell mysterious facts and anecdotes of the Neapolitan city! Also this week we enter the belly of Naples to the (re)discovery of the Neapolitan doors, of Virgilio Mago and of a legend as curious as it is fascinating: that of the golden fly of Porta Capuana…

Nun se fa passa’ ‘a mosca p’o naso
He does not let a fly through his nose: he is a person who does not leave the last word to anyone!

The relationship that binds the city of Naples with insects is quite singular. Animals certainly not seen willingly and that the Neapolitans often try to chase away, flies and mosquitoes are not well liked! Whether for the contagious diseases that mosquitoes brought to the city, or for an aura of mystery, the intolerance towards these little beings has increased more and more.

In the past, in particular, the city was literally besieged by flies. It was in these circumstances that the legend of the golden fly of Porta Capuana began to spread.

Among the many symbolic characters of the history of Neapolis, we certainly remember Virgil. Poet magician, alchemist and founder of a school of magic near the islet of Gaiola, Virgilius is at the center of the legend about the phantom fly.

Evidently, the problem of insects and the diseases brought by them must have represented a very relevant issue at the city level already around 42 BC:

The sorcerer decided to free Naples forever from the plague of flies, he captured one, molded it in gold and gave it life. The talisman – which is said to be as big as a toad – was placed near Porta Capuana, on the eastern edge of the city, where the marshes also rose. It was credited with the ability to ward off any other fly. The amulet was shaped, according to the myth, with the metal that the sorcerer had extracted from the limbs of the Neapolitan land.
– source Complesso Monumentale San Lorenzo Maggiore

From that moment, the golden fly became Parthenope’s protector. But the magic of the talisman ceased when the fly was uprooted from Porta Capuana to be transported to the Cicala Castle, near the Monastery of Santa Chiara.

You may also like: Discover Naples, The mistery of Gaiola island