The magician’s cave: Ischia between myth and mystery 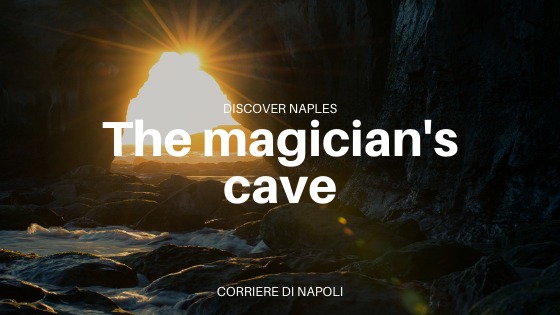 Like every Monday, Discover Naples returns: the column to discover myths, legends and unknown facts of our city. For today’s story, we have to ferry us to one of the islands of the archipelago of the Flegrean islands: the green island, Ischia, and in particular to the magician’s cave, a place of magic and mystery for centuries…

When I return to Ischia I order her to be perfectly the same as she was, and she, my sorceress, obeys me.
-Erri De Luca

An evocative island rich in nature and culture, beaches and spas, Ischia is one of the most popular volcanic islands in the Gulf of Naples together with Capri. A real oasis in the sea, in ancient times it was known as Pithekoussai or Pithecusae. Due to its volcanic origin, around the year 812 the island took the name of Iscla maior, black island.

Like Capri, even the green island is characterized by numerous and suggestive ravines; one above all is the Magician’s cave, considered, in the 1930s, even more beautiful than the famous Capri Blue Grotto and reachable only by sea.
Many names have been attributed to it: Grotta di Terra, Grotta di Bordo, Grotta del Tisichiello, Grotta d’Argento. The latter brought her luck, to the point that the news of this splendor did not take long to arrive overseas, precisely on 24 September 1933 in the “Corriere d’America” ​​in New York. 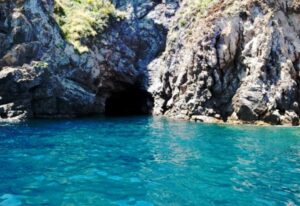 Reachable only by sea and theater of one of the most evocative stories of the place: the legend of the magician’s cave is one of the most mysterious that revolves around the island, told by the fishermen of the green island and handed down for generations.

A man with a long white beard and flowing hair, sitting on the rocks of the cave with a good-natured air.

The protagonist of our story had this appearance, that is an old wizard who lived surrounded by three Nymphs and who used to appear, precisely, to those fishermen who took refuge in the beautiful cave due to bad weather. The beneficiaries of the vision, once the clear weather returned, enjoyed a very rich fishing!

Not only visions, however: another version of the legend, in fact, tells of a Saracen princess who fell in love with a Christian prince. In her escape from her father who wanted her married to a Grand Vizier, the young woman took refuge from the Magician who resided in her cave. The old man did everything he could to find the prince who in the meantime had been imprisoned and sentenced to death. Between the Grand Vizier and the Magician there was a clash that led to the death of the good sorcerer. Since then, his spirit has been wandering around the cave: to anyone who enters his home with a pure heart, he grants three wishes.

The historical precedent: the origin of the Silver Grotto 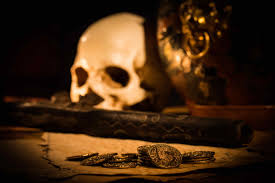 But why is it also called “Silver Grotto“? During the 1930s, a German troupe was sent to Ischia in search of some treasure that could enrich the Third Reich.

Between dream and fantasy, precisely in that cave, the expedition identified an obstructed tunnel that gave entrance to another cave full of silver light. So does the Magician’s Cave really exist? Is the legend reality? The local and international press were interested right from the start but the secrets of the cave have always remained unsolved: can it become an object of study in the future?

You may also like: The magician Chico and macaroni, the legend