Like every Monday, Discover Naples returns to tell facts and curiosities of the Neapolitan city and its customs and traditions. Number 27 in the Neapolitan grimace, ‘o Cantero is the subject of today’s story. Let’s retrace the origins of the name together and discover a little curiosity…

Paré ‘o cantaro ‘mmiez’â cchiesia
You look like the urinal in the middle of the church. Seem like something incongruous put in context, a situation that is naturally foreign to him.

The origins of the name 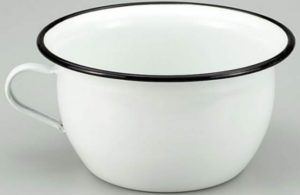 The urinal, or pital, is literally the chamber pot used in ancient times to fulfill one’s bodily needs, given the absence of toilets inside the houses; a sort of ancient potty, in short.

The Neapolitan dialect, with its Greek-Latin origins, has then gradually transformed the term deriving from the low Latin càntharu (m) – in turn from the Greek kàntharos – and from the Arabic cantàro or quintâr.

The small space of the house dedicated to the pottery was surrounded by a particular type of furniture: strictly hidden behind a cabinet or a column (ancestors of the bedside table) and always placed on the side of the bed to be used even at night. Over the years the vase also underwent a series of restyling, with the addition of decorations on the edge, on the handle and sometimes at the base.

In any case, it was a toilet!

Like many Neapolitan historical objects, also ‘o cantero has the privilege of bringing with it a history dating back to the time of Ferdinando of Bourbon. We have already told about Ferdinando IV of Bourbon and his habits very close to the people (Re Nasone and the lazzaroni: anti-French coalition) it is certainly not a surprise, therefore, that one of these is linked to the history of the object…

It is said that Re Nasone used to receive his guests and subjects by being found sitting on the cantero, having become king when he was only 9 years old. Ferdinando kept this habit even in adulthood to the point that his brother-in-law, future emperor Joseph of Habsburg, gave him a very luxurious pital enclosed in a wooden column.

“Enclosed in wooden columns with doors that opened below a capital in Baroque style on which plants with falling leaves were placed on display.”

Enthusiastic about the gift, King Nasone did not hesitate to baptize it, in honor of his brother-in-law, Zì Peppo (Uncle Peppo) and placed it in the Ambassadors Room of his private apartment. However, as luxurious and decorated… In any case, it was a toilet! And maybe the gift brought with it something mischievous…

The cantero in the grimace and in the dreams 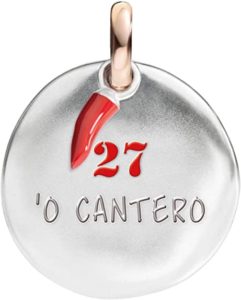 The number 27 in the Neapolitan grimace is represented by the urinal and one of the main meanings is precisely that of the ability to adapt. As for the dream sphere, dreaming of a cantero is absolutely a good omen!

The presence of the urinal and stools in fact suggests something beautiful that could come into your life. This success can concern different areas of life, from love to work, passing from small successes of everyday life.

The 27 is usually associated with a healthy and positive person, usually kissed by a fortune that is not however able to exploit as it should. Attention in love. The number 27 is in fact associated with people who tend to fall in love with those who do not love them, and thus find themselves experiencing moments of difficulty, loneliness, suffering. Also pay attention to friendships. 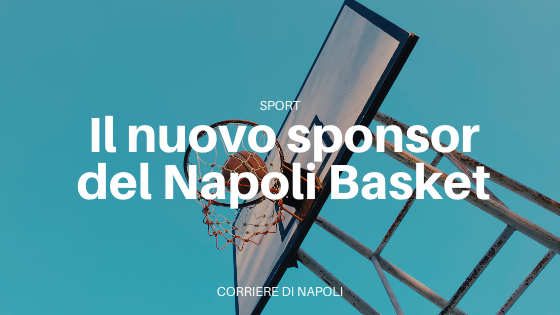