The Neapolitan horn: rules to go! 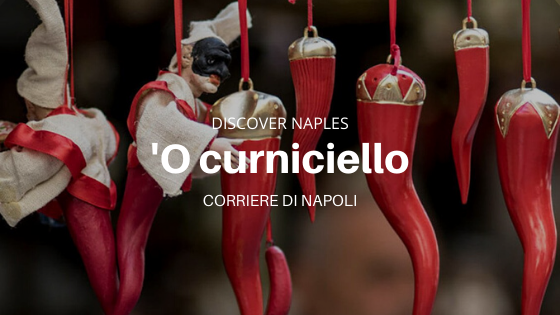 Like every Monday Discover Naples returns: the column dedicated to the discovery of Neapolitan myths and legends! This week, however, we will focus on the origins of one of the objects that most characterize the Neapolitan people: the Neapolitan horn – o’ curniciello!

If you missed our last column, then read: Janare, rural witches from Benevento

The origins of the tradition

From the Greek apotropaios– distancing- apotropaic it is said of object, gesture, word that serves to ward off a magical influence, considered malignant or harmful to those who receive it.

Talisman and folk element that brings luck par excellence, the fame of curniciello has ancient roots. We are in the Neolithic period around 3500 BC when the horns of the hunted animals were exposed in the caves; at the time the meaning of the ritual was to flaunt the power of the inhabitants of the cave and the prosperity of the family. The horn, in fact, was considered an important symbol of fertility and, consequently, luck: the more fertile a people, the luckier they were!

In more recent times, the Neapolitan horn has been attributed to sexual power: it would seem to represent the phallus of Priapus, god of fertility and protector from bad luck. The Neapolitan culture, however, was not the only one to adopt that of the horn as a propitiatory symbol: the Sumerian, Chinese, German and Siberian shamanic cultures adopted the talisman because of its talents.

The horn in Naples

Strictly red and handmade, the aesthetics of the talisman also have a very precise and rooted symbology over time: handmade so that the craftsman releases his positive energy on the object; the red color, on the other hand, symbolizes victory over enemies and blood, the symbol of life itself.

The Neapolitan horn is the characterizing element of the city. Purchasable anywhere, it is strictly forbidden not to own one… even if you don’t believe in its power. San Gregorio Armeno with its artisans, for sure, remains the place par excellence where you can find it, together with rules for use, for activation and for making good use of it. Of course the fundamental rule (and not to be transgressed!) is not to give yourself a cornicello. Never!

How to use it 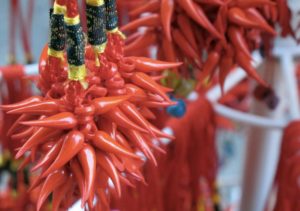 Basic rule: the curniciello should be received as a gift and at the time of the gift, the recipient is asked to open the palm and prick the center with the tip of the horn. Furthermore, the person who received the gift must recite Totò’s famous phrase:

What you want for me, I wish you twice as much

Rigid, crooked and pointed and (possibly) coral are the fundamental characteristics for a horn to be effective and effectively functional. Legend has it that, at the time of the break, if this happened on the tip then luck is on your side. On the contrary, if the split is generic, the horn has fulfilled its duty to drive away evil eye and gossips!