Discover Naples, the column that takes you to discover little-known facts and places of the city, returns like every Monday! For today’s trip, we will go along calata Trinità Maggiore to discover the history of what the Neapolitans have transformed into the Palazzo d ‘o Gas. Home of one of the most influential painters of the 16th century, we retrace the history of Palazzo Degas. 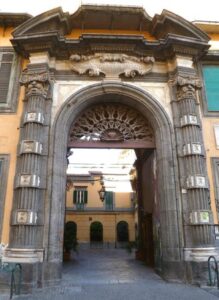 With a very visible entrance from the Piazza del Gesù Nuovo, Palazzo Pignatelli di Monteleone is one of the historic buildings of the city. In the area of ​​the historic center which includes Monteoliveto and Gesù Nuovo, in ancient times there were numerous gardens including that of the “Carogioiello” of the D’Avalos and that of the “Paradise” of Palazzo Monteleone.

The Marquis del Vasto D’Avalos had the bad idea of ​​building his private apartment on the side of the garden of Palazzo Monteleone and the Duchess Girolama Colonna, unable to tolerate prying eyes, had the buildings built that now stand on Via Sant’Anna dei Lombardi. . Once the gardens have been destroyed, the Monteleone palace remains, today with the renovations of 1718 commissioned by Duke Nicola Pignatelli and carried out by the architect Ferdinando Sanfelice.
– Il Portale del Sud

Built in the 16th century in the ancient city center, by decision of the Pignatelli di Monteleone family, the design of the building and its construction can be dated from 1823 to 1832; years in which the family gradually bought every part of the building.

From 1856, the painter Edgar Degas lived in the palace.

The Palace of the gas: when Degas came to Naples 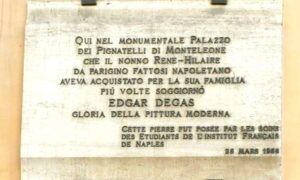 Born in Paris, at the age of 22 Edgar Degas lands in Naples to visit his grandfather: Renè Hilaire, intellectual from Orleans and active participant in the French Revolution. It was precisely at the height of the Revolution and more precisely at the moment when he railed against the beheading of Queen Marie Antoinette, who was forced to leave the country. He left Paris and arrived in another European capital, center of art and culture and famous for its beauty: Naples.

Arriving in the city, Renè led a life out of any political activism, dedicating himself to art. In 1804, he married Aurora Freppa from Livorno and bought the Pignatelli di Monteleone palace. Following a good Neapolitan custom, the surname of Mr. Degas was deformed to the point of defining the palace, his residence Palazzo d ‘o Gas

When the young Degas arrived in Naples, he immediately understood the great potential that the city and its art had to offer him. He came into contact with the Posillipo school and became friends with the Neapolitan impressionist Filippo Palizzi.

You may also like Discover Naples, Honor killings at Palazzo Sansevero 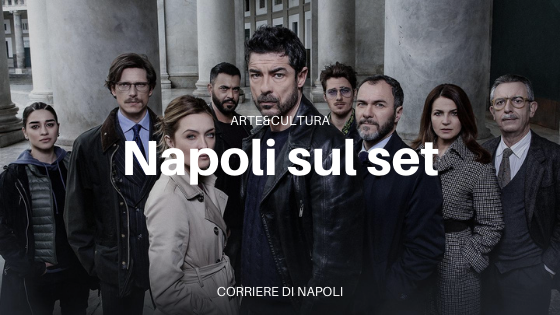