As every Monday Discover Naples is ready to take you on a journey of mystery, legends and places unknown even to the Neapolitans DOC. Today’s journey takes us to one of the symbolic places of the historic center to discover the witch of Port’Alba…

Before going down the road, though, don’t forget to take a look at our latest article: Discover Naples, Palazzo Penne: the devil at Banchi Nuovi

Never put your hope into a prince. If you need a miracle, put hope in a witch.
(Catherynne M. Valente)

The history of Port’Alba begins in 1625 when Don Antonio Álvarez de Toledo, Duke of Alba, decided to have it erected. The architect Pompeo Lauria was the architect of the construction: an opening to replace a tower to facilitate the passage of the population. It must be said, however, that the Neapolitan people had already tried to move from one part of the city to the other by creating a passage in the Angevin walls. The construction of the door, therefore, was more a solution than an invention.

Today Port’Alba represents the entrance to a magical world: between historical bookstores and ancient objects, it is possible to breathe a different air imbued with history and also mystery. Port’Alba is access to the heart of the historic center, access to a Naples to be discovered…

The red girl in Port’Alba. Witchcraft or love?

Porta Sciuscella. This is the original name (and still used today by many Neapolitans) of the Porta subject of today’s mystery. But why this name? It is essential to take a step back in time and try to imagine a city totally different from the one we are used to knowing. The Largo delle sciuscelle, in fact, was a place characterized by large carob trees and high walls that marked the perimeter of the city. These large trees gave the fruit of the sciuscelle, normally fed to donkeys and horses.

We have already told about the gap built in the walls and it is good to keep it in mind since it is right here, not far from it, that the young and beautiful Maria lived…

Maria was a charming twenty year old and, of course, desired by everyone! However, only one young man was worthy of her love: Michele. The two were madly in love with each other and theirs seemed to be a wonderful love story until …

On a rainy and stormy night the two spouses were back home, not far from today’s Pizzeria Port’Alba. Rain, wind and suddenly a thunder that echoes in the sky bringing with it a mysterious force that blocks the road to the young Michele, preventing him from continuing further and following Maria at home. Vain were the efforts of her and the inhabitants of the area to bring the boy back home: he was completely motionless and Maria resigned.

After a few days Maria began to realize that she had lost her love forever and with the passage of time she became increasingly gloomy. A shrew! The inhabitants of the Largo began to avoid her, isolate her and point her out as a witch also because of her having given herself to magic.

The inquisition and condemnation

Being considered a witch did nothing but fuel the doubts of the Spanish Inquisition who decided to cage her and subject her to the torture of the time for women accused of witchcraft. Maria was left to die of hunger and thirst, hanging dangling from the arch of the newly built gate.

Just before she died, the redhead from Port’Alba threw her anathema:

His body remained dangling for days days until it began to petrify… The only sign of the tragic and mysterious story is a hook, still visible, nestled within the walls. In addition to the spirit of the woman who, without peace, wanders among the bookstores…

Sab Giu 13 , 2020
In this religious scenary there are some churches that in our opinion distinguish themselves for beauty such as San Domenico Maggiore church! 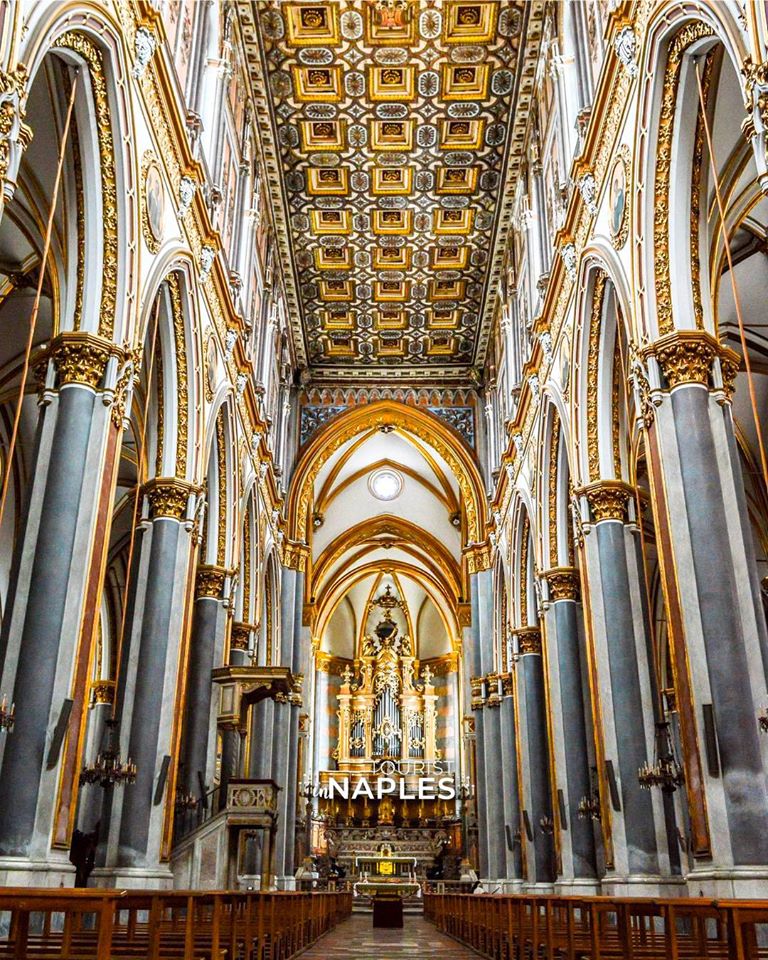